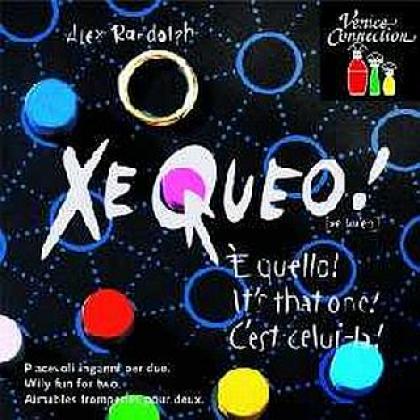 Seven tokens of seven different colors and one ring are placed randomly on eight spaces of a seven-by-seven grid. Each player has seven disks that correspond to each of the seven tokens.

At the start of a round, each player secretly selects one of the seven tokens. (The disks are used to do this.)

You may do the following on your turn:

You win the round by:

Best out of seven rounds wins the game.