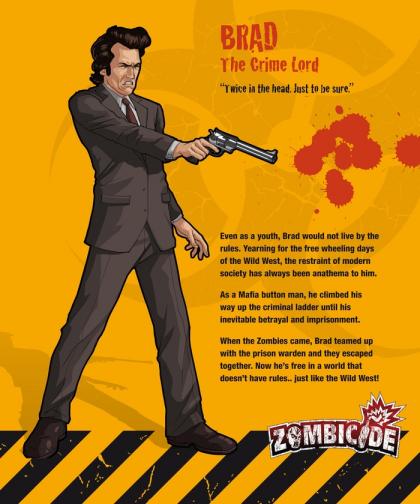 Even as a youth, Brad would not live by the rules. Yearning for the free wheeling days of the Wild West, the restraint of modern society has always been anathema to him.

As a Mafia button man, he climbed his way up the criminal ladder until his inevitable betrayal and punishment.

When the zombies came, Brad teamed up with the prison warden and they escaped together. Now he's free in a world that doesn't have rules... just like the Wild West!

Brad is a promotional survivor available to those that pledge a certain level for the Zombicide Season Two Kickstarter campaign. A zombie version (Zombivor) will also be included.