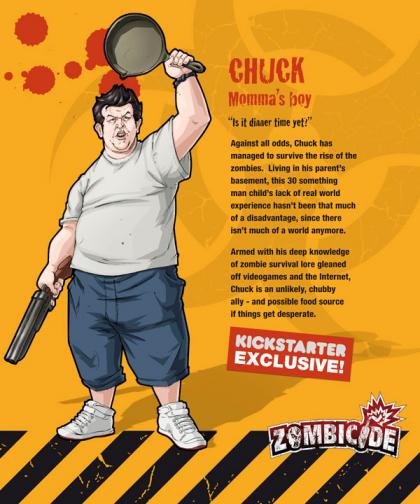 Against all odds, Chuck has managed to survive the rise of the zombies. Living in his parent's basement, this 30 something man child's lack of real world experience hasn't been that much of a disadvantage, since there isn't much of a world anymore. Armed with a deep knowledge of zombie survival lore gleaned off videogames and the internet, Chuck is an unlikely, chubby ally - and possible food source if things get desperate.

Chuck is a promotional survivor available to those that pledge a certain level for the Zombicide Season Two Kickstarter campaign. A zombie version (Zombivor) will also be included.