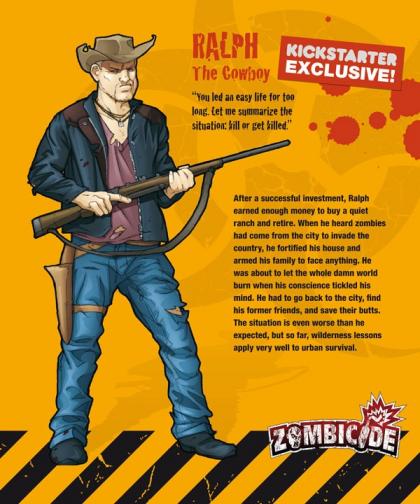 After a successful investment, Ralph earned enough money to buy a quiet ranch and retire. When he heard zombies had come from the city to invade the country, he fortified his house and armed his family to face anything. He was about to let the whole damn world burn when his conscience tickled his mind. He had to go back to the city, find his former friends, and save their butts. The situation is even worse than he expected, but so far, wilderness lessons apply very well to urban survival.

Ralph is a promotional survivor available to those that pledge a certain level for the Zombicide Season Two Kickstarter campaign. A zombie version (Zombivor) will also be included.