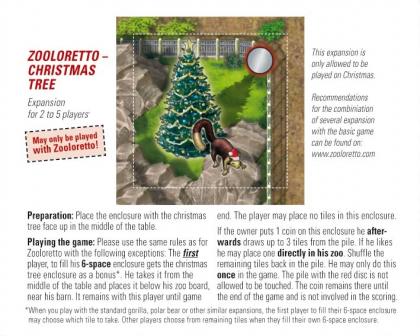 This half official expansion was the Christmas card 2009 of the designer.
Re-issued as insert in german game magazine spielbox #7/2010.

Won by filling the 6-space enclosure - owner can one time choose between 3 tiles for one coin. Only allowed to be played on Christmas.