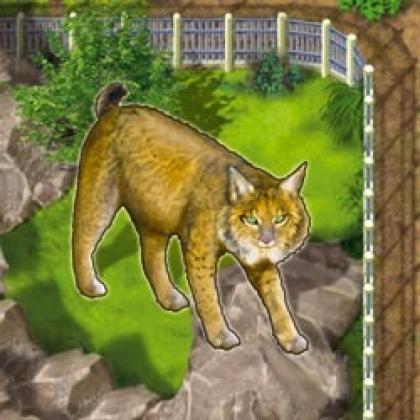 The first player to fill his 6 spaces enclosure gets the lynx tile and puts it next to his barn. The players keep the Lynx until the end of the game.

At the end of the game, after the last truck is chosen and before the scoring phase, the owner of the Lynx may carry out one extra money action. He still has to pay the cost for this action.