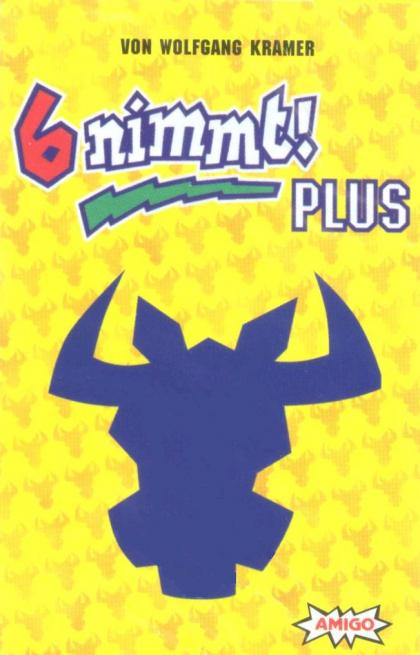 Wolfgang Kramer developed this variant of 6 Nimmt! (more precisely, the version sold as 6 Nimmt! - Jubiläumsedition), that added a Zero card to gameplay.

The initial version was available at Essen 2005 but was quickly pulled from distribution when it was discovered that the backs of the cards were blue and didn't match either the purple of the regular version of the cards or the golden frame / blue bullhead on the back of the 6 Nimmt! - Jubiläumseditionedition. Some packs were handed out before the error was discovered. Amigo went back to press and finally released the cards with the correct backs a few months after Essen.

Voti e commenti per 6 nimmt! Plus