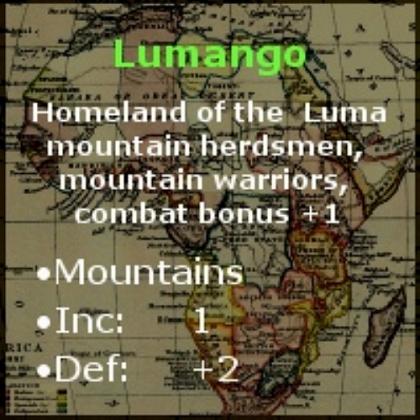 A solo card game of exploration and conquest in Africa. Playable solo, or with two or three players.

The game is played with three custom card decks, the Province Deck, Unit Deck and Event Deck. There Province Deck has cards for eight provinces, each rated for income and defense. The Event Deck contains favorable and cataclysmic events.

The player may also build settlements, towns, and forts in a province. These installations alter the income or defense values of a province.