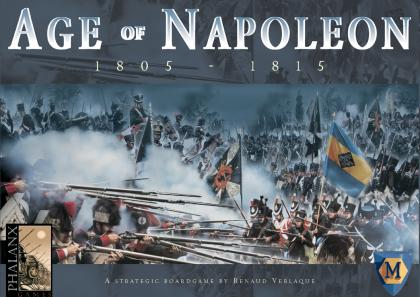 This is a two player game for the Napoleonic times, an era of military conquests and diplomatic rivalries. One player represents France and its allies, the other the Coalition led by Britain. The game contains two shorter scenarios starting in 1809 and 1813. Events are represented by cards.