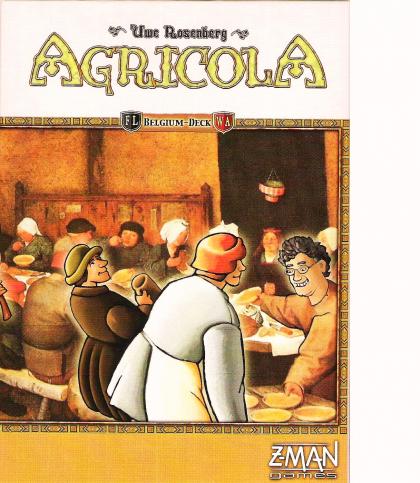 Agricola: Belgium Deck brings Uwe Rosenberg's farming game to a new thematic setting! Discover Belgium's two largest regions – the Dutch-speaking region of Flanders in the north and the French-speaking region of Wallonia in the south – in this 120-card set that consists of sixty new Minor Improvements and sixty new Occupations.

Agricola: Belgium Deck can be played as a standalone deck or shuffled into other decks.