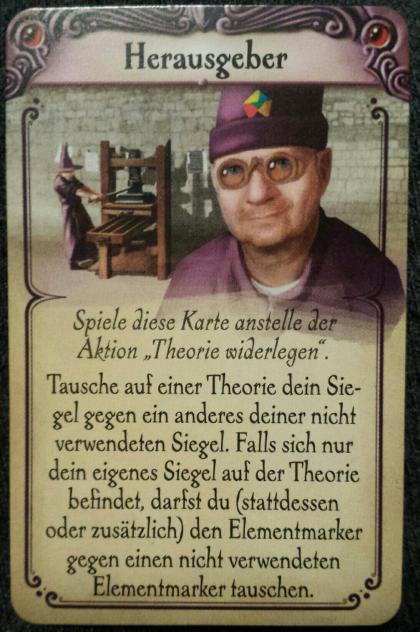 This is a promo card / special card "Herausgeber" ("Publisher" in English) for Alchemists from issue #01/2015 of the German Spielbox magazine, released at the beginning of March 2015. An English language version is announced to be published around the middle of March 2015 with the English Spielbox version.