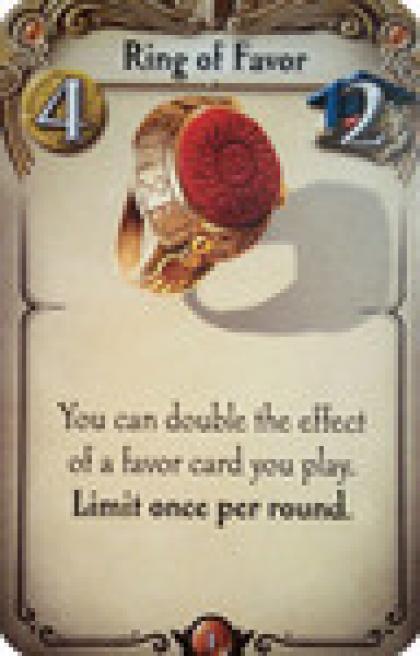 Ring of Favor is a promotional mini-expansions for Alchemists. It consists of a single artifact card, with the following text:

You can double the effect of a favor card you play. Limit once per round.

It was distributed with the game during Essen Spiel 2014, Cannes 2015, and the 2015 Dice Tower Kickstarter.