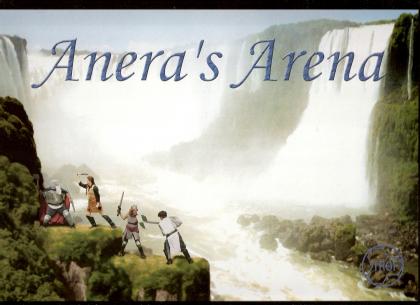 A game in which each player controls a hero in an arena fight. There are four heroes available to the players: Berserker, Dwarf, Warrior and Thief. The Arena consists of a number of pillars (represented by stacked tiles), which change in height during gameplay. You can eliminate your opponents by taking them out in battle, or by throwing them off the pillars. Last one standing wins the game.