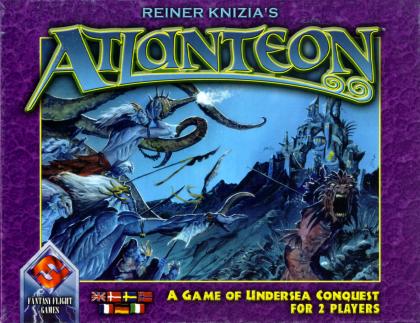 The original edition, titled Revolution, is set in French Revolution-era Paris. Royalists and Jacobins fight for superiority in the 25 city districts, which are represented by the game board. The two players alternately place one of their counters in order to control that space. When a player puts one of his number counters on the board, he projects influence onto the neighboring spaces in that row and column, and onto the space the counter itself is on. The amount of the influence corresponds to the number on the counter. Whoever controls all three of the buildings or controls eleven city districts has won the game.