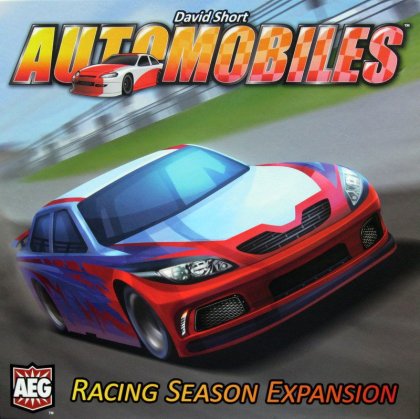 The Automobiles: Racing Season expansion adds multiple elements to the Automobiles base game.&#10;&#10;First, players can adopt the role of a driver who has a special power unique to that character. Players can also acquire sponsors during the game, and each sponsor has an array of actions available to them.&#10;&#10;Automobiles: Racing Season includes three new tracks, two smaller ones on half of the game board and a larger one on the reverse side of the entire board. Cards are included for these boards and those in the base game, and now players can compete in a season of multiple tracks, keeping their driver for the entire season and (more importantly) keeping their bag intact as they move from one track to another, thereby supercharging the race right from the starting line for each race past the first.&#10;&#10;