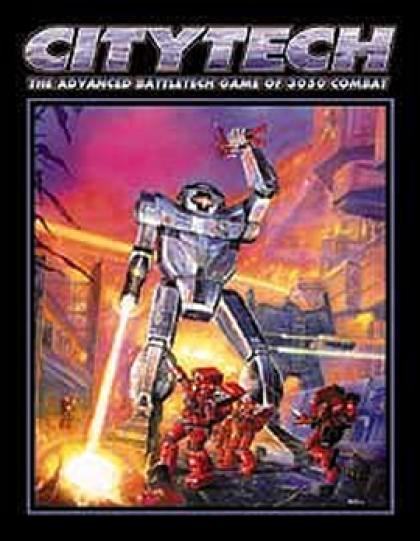 As war rages across the Inner Sphere, BattleMech from the five houses pillage the cities of the old Star League.

You advance into the hostile urban environment, seekeing out the precious resources and technology contained inside. The city also provides cover for your many enemies. Infantry men fire at you from windows, while tanks and armored vehicles snipe at you from alleys ans streets. Buildings become your greatest friend, providing cover and protection, or your worst enemy, as rubble falls on you from above. Chaos and confusion reign in the city during battle. Only the best survive.

CityTech takes the powerful 'Mechs of BattleTech into the realm of city-fighting. This fast paced game cointains all the rules and pieces needed to play.

Now is your chance to climb aboard your 'Mech and smash City Hall.