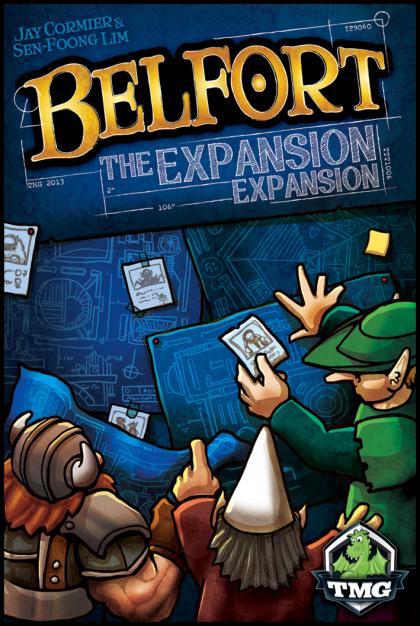 These expansions open up new and individual scoring paths for each player as they expand their own properties. Assistants are chosen in reverse turn order every round and can either help you with their own unique ability (which changes every season), or they can be used to acquire a new permit for an expansion.

Belfort: The Expansion Expansion also includes new guilds, some of which can be used with only the base game and others that require the components in this expansion.