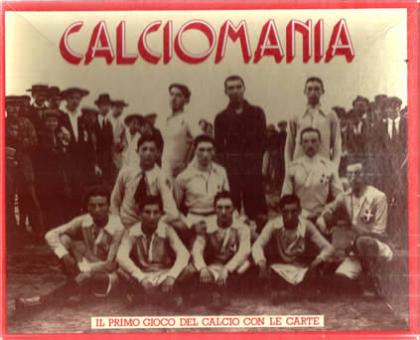 Calciomania is a card game that simulates a federation football (soccer) match. It is played with 3 separate decks of cards: Tackle, Action, and Referee. Each player is given 6 Tackle and 8 Action cards to begin the game.

The game ends when the second batch of Tackle cards have all been played. The player who has scored more goals is the winner.