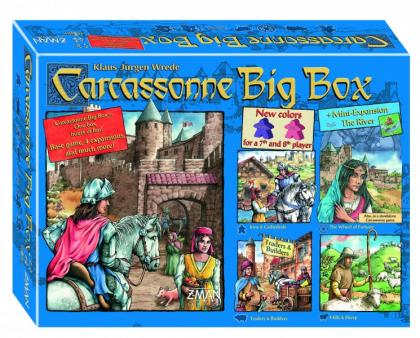 This Big Box is the same size as other Big Boxes, but with a slightly different component mix. This big box includes the basic game, Inns & Cathedrals, Traders & Builders, Wheel of Fortune, Hills & Sheep and The River. It also includes two extra sets of meeples - one pink and one purple.