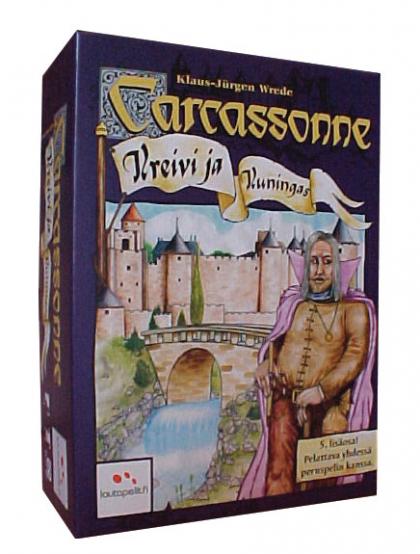 Carcassonne - Kreivi ja Kuningas (English: The Count & the King) is a compilation of three small expansions — The River II, The Count of Carcassonne and King & Scout — for the game Carcassonne. It was packaged in a standard-size Carcassonne expansion box and only released in Finland. It is a precursor to Hans im Glück's expansion Count, King & Consort which used the same compilation components but also including a new expansion, The Cult, and removed the Scout since that expands Carcassonne: Hunters & Gatherers.