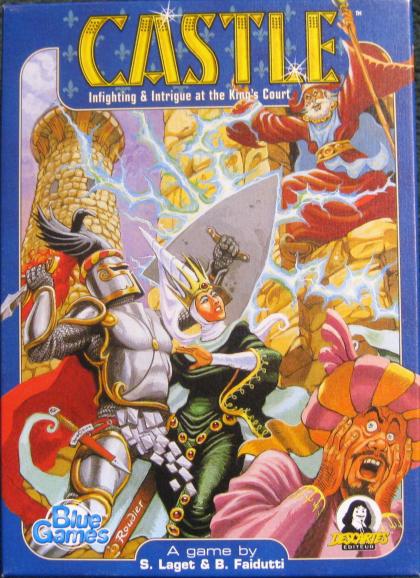 Bruno Faidutti revisits the medieval setting of Ohne Furcht und Adel with the card game Castle. Players are given a set of square cards which are to be played onto the table, which has a cardboard castle battlement layout. Cards are played into one of four regions: in the courtyard, on the battlements, on the towers, or outside the castle. And when played, the cards will usually allow you to take some sort of special action, which is unique to the card you played. The first player to rid himself of all his cards wins, which can be a tricky proposition at best.