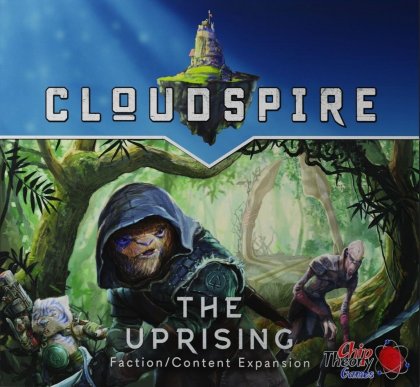 The Uprising isn't a typical faction so much as it is a militia, one made up of a hodgepodge of races from the world below Ankar. Led by the vengeance-seeking Netorut, The Uprising has reverse engineered gateport technology to launch an invasion onto the joined islands, hoping to reap plunder from their chaos.&#10;&#10;Doubling as a faction expansion and gameplay refresher, The Uprising is a faction that is made up primarily of mercenary chips drafted from the market. Each Uprising faction comes with multiple market heroes, minions, spires and equipment that can be utilized by The Uprising or shuffled into the market regardless of which factions are in play. Like the Horizon's Wrath, the Uprising comes with four solo scenarios and two co-op scenarios.&#10;&#10;&mdash;description from the publisher&#10;&#10;