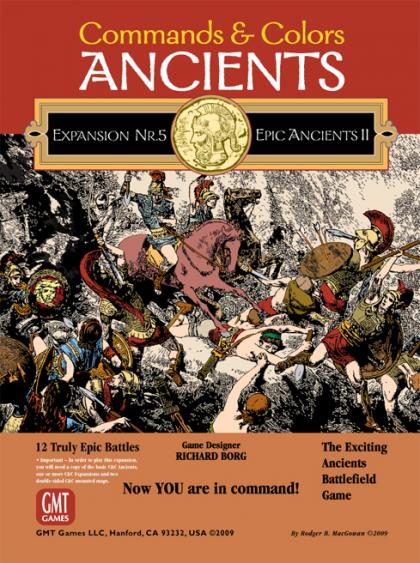 Commands & Colors: Epic Ancients II - allows experienced players the opportunity to fight historical ancient battles on an Epic scale. The Command & Colors: Epic Ancient rules are not overly complex, nor do they change the way the basic game system works. The Epic game allows up to eight friends to experience the competitive fun of an Epic size Ancients battle, but Epic Ancients is excellent as a two player game where opponents want to take a little extra time with a battle.

Typo Note: Bagradas is shown requiring 7 banners for a victory. It should be 14 banners.