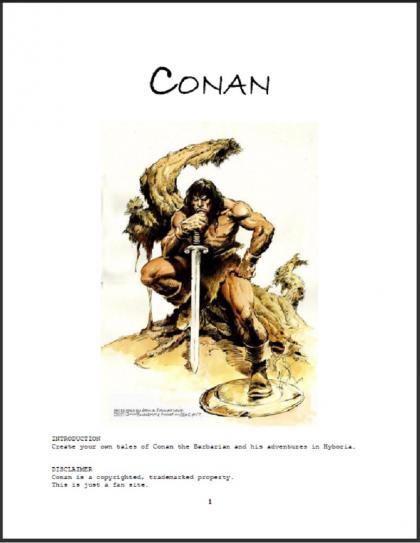 “Create your own tales of Conan the Barbarian and his adventures in Hyboria. All players share a single common deck. The deck contains six suits of cards: Conan cards, Locations, Events, Lesser Foes, Major Foes, & Specials. There are 30+ cards of each suit in the deck.”

The object of the game is to score the most victory points by playing melds from your six card hand. There are four types of melds that may be played: Three Pairs (two cards each from three suits), Two Three-of-a-Kinds (three cards each from two suits), Six-of-a-kind (six cards from one suit), or Flush (one card from each suit).