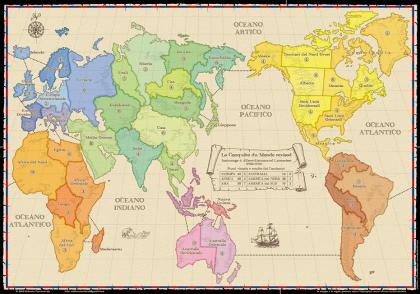 This game is an expansion of Risk (Risiko/Ataque/War) and you will play it using the sets of playing pieces and territory cards from your own box.

The game is played on a Pacific centred map which shows a new link between Argentina and Eastern Australia. There are three main differences with Risk rules regarding:
- steps mechanism;
- territory's value;
- secret missions.

There is also a variant named "Blind play". People who are interested can ask for blind play rules.