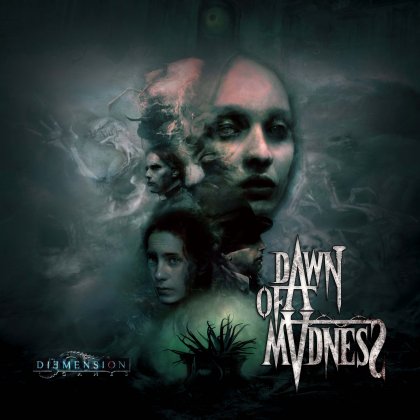 Unlock your past. Experience the nightmare. Embrace the dawn.&#10; &#10;You have awoken in a world that can't possibly exist. Everywhere you look you see some fresh nightmare; some new perversion of reality. You don't remember how you got here. In fact, your mind feels as though it has shattered, its fractured memories scattered in the wind. Despite this, you see hints of your past all around you, glimmers of the familiar tormenting you amidst the twisted, fluctuating landscape. What's worse, though, is that as you stumble through this place you realize you are not alone. There are monstrous, impossible beings shuffling and slithering and skittering toward you, hideous beyond all comprehension. Their most disturbing aspect, however, isn't the abject terror they exude. It's that you recognize them.&#10;&#10;It's not long before you discover there are other people here, too, wandering through this fever dream with you. They seem as lost, as scared, and as broken as you are. If you want to survive this place and escape, then you will have to band together with them, setting aside your differences and distrust to push back the oncoming torrent of seething corporeal chaos. Because otherwise you won't just die: your very essence will cease to exist.&#10;&#10;Dawn of Madness is a story-driven cooperative game of survival horror for 1-4 players. Set in the same universe as the breakout hit board game Deep Madness, Dawn of Madness is a completely standalone, unique, and terrifying gaming experience. During the game players will assume the role of wanderers trapped in a feverish hellscape, surrounded by the distorted echoes of their own history. As one of these wanderers, you must seek to discover what led you to this horrific world, struggling to survive as your and your fellow players' stories unfold across multiple chapters in an ongoing campaign. &#10; &#10;Experience true horror unlike any board game before as you are immersed in stories of terror and madness, using the amplified powers of your mind to survive and fight back against the encroaching aberrations out to devour you. Bind your consciousness to other players' in order to accomplish difficult tasks, and earn coda cards and memories to boost your abilities while uncovering your past. All the while you will be gathering story points toward one of the multiple endings for each wanderer, and in the campaign's epic finale the wanderer - and the ending - with the most story points will spawn their respective terrifying, relentless final boss. &#10; &#10;The choices made throughout a chapter - and even the order those choices are made in - influence almost every aspect of the game, ensuring that no playthrough will ever be exactly the same. Adding even more variety, danger, and tension are the chapter-agnostic mini bosses and their distortions who plague each game in unique and changing ways, summoning vortexes of energy to alter the course of play and bring fresh dangers with every round. And all these challenges don't even include the malformations: alternate versions of the wanderers themselves, each one increasingly more corrupt than the one before, and each one able to take players into the darkest recesses of their comrades' souls. &#10; &#10;Hearkening back to survival-horror classics like Silent Hill, The Evil Within, and Alan Wake, Dawn of Madness is a mind-bending, psychological experience unlike any other attempted in a board game. So gather your wits and steel your nerves for a trip into other universes and the depths of the human consciousness. Sometimes, the greatest horrors of all lie within.&#10;&#10;&mdash;description from the designer&#10;&#10;