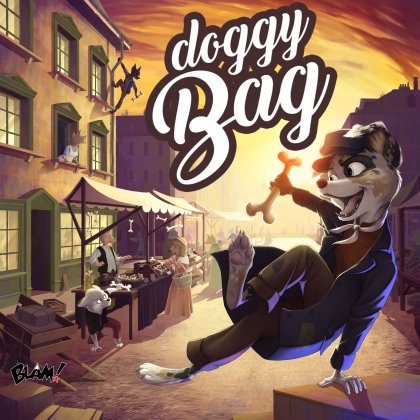 In early 19th century London, the terrible Fagin forces a group of street dogs to steal bones for him throughout the city. By nightfall, they try to steal back a part of their delicious loot &mdash; but Fagin sleeps with one eye open!&#10;&#10;In the risk-taking game Doggy Bag, each player must add 2 to 4 bones to the shared bag at the beginning of each round in order to avoid Fagin's wrath. Then each player decides how many bones they will try to take back at night by playing a special action depending on how daring they are. While some bones are worth more than others, you have to be careful of those whose smell would wake up Fagin to avoid being caught red-handed.&#10;&#10;Whoever gets the biggest part of the loot has the means to escape Fagin's grip...&#10;&#10;