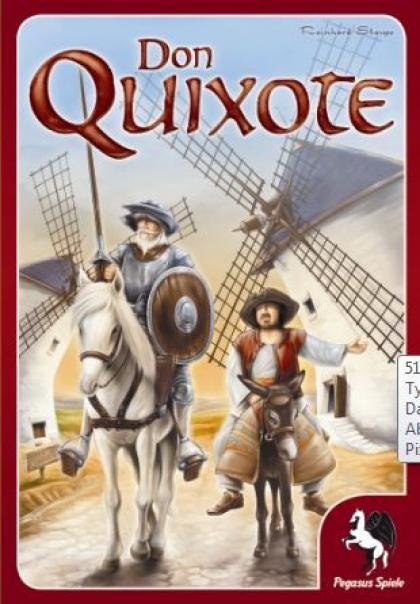 The land noble Don Quixote arranges his own small principality in such a way in his fantasy as he considers it correct: Knights protect its castles and borders; roads connect windmills and churches. Not all will connect in a logical way but that doesn't matter to him. He has his own image of the reality.

Every player has an identical set of 24 tiles which they will place in their own, at the start empty, principality. The order of the locations to fill is also identical.

The player who can fill his principality the best with roads and protects its castles and borders with knights will get the most points and win the game.