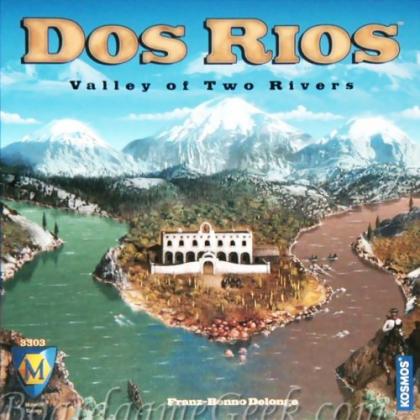 Players move their workers around the board (which is composed of variable groups of hexes) building houses along the banks of two rivers. Each turn certain hexes along the river pay out, either in money (which you use to build houses) or lumber (used to make dams). The first player to construct all five of their buildings (four houses and one hacienda) or a hacienda and three houses that are all on a riverbank, wins. Players build dams to change the flow of the rivers.