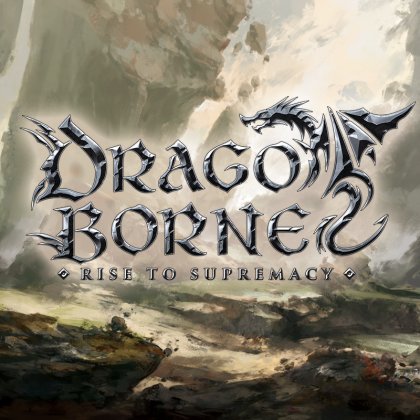 In the two-player game Dragoborne: Rise to Supremacy, players assume the role of a Dragoborne, beings granted power from one of the five reigning Dragolords, who bear their nation's allegiances and vie with other Dragoborne for honor and glory.&#10;&#10;Each player controls three forts that represent their life total. The aim of the game is to destroy all of the opponent's forts and to achieve this, players can summon fearsome creatures and cast powerful spells to aid their cause. Die values also play a significant part in Dragoborne: Rise to Supremacy, making the skillful manipulation and use of dice a key component of gameplay.&#10;&#10;