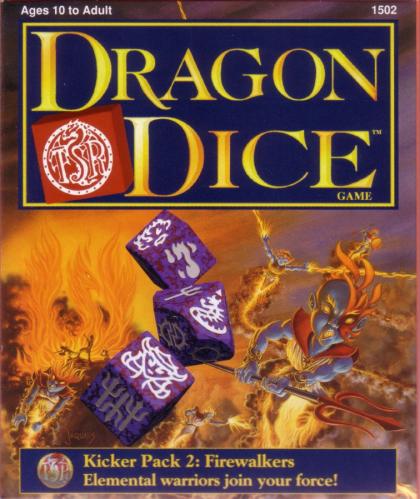 Players use colorful dice to represent armies of different fantasy races which battle to control essential terrain in this fast-rolling game. Any number of players can join the struggle, although it's designed as a multiplayer game. The first player to capture two terrains immediately wins the game, or you may try to obliterate your opponent's dice. Spells and layered strategies benefit certain races as you try to control the odds in this dynamic game full of surprises!

The Starters listed above are now out of print. New Starters have been released that have 30 health of Firewalkers and 30 health of Treefolk. Those starters also contain 4 Terrains, 4 dragons, 2 playmats, and a simplified set of starter rules.