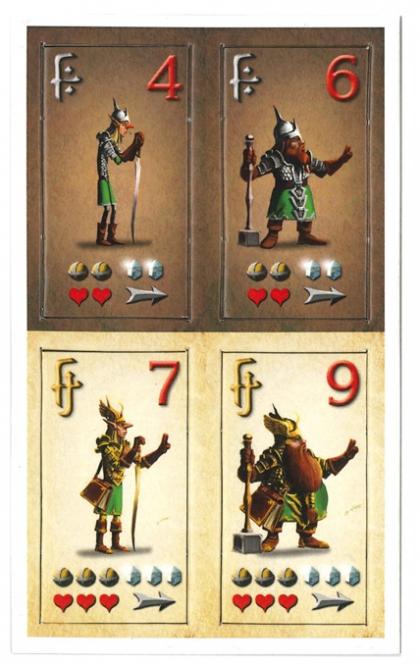 Translated from the French rulebook:
You don't know? It seems that our dear Paladin has received a fantastic proposal. He is on tour with a series of conferences entitled "My Struggles Against Evil". It is so famous, he was offered a caravan of luxury and in an interview with the magazine "Adventures, Adventurers", he confessed he did not intend to resume his original post.
Good news for you, right?
Well actually ... not really. It's complicated getting rid of the righteous. As soon as the tent of the former paladin was deserted, not one, but two of his colleagues took up residence: a slender elf and a robust dwarf (sigh). Beware this rather incongruous duet ... their mind is as twisted as that of their predecessor and they seem equally determined to fight Evil (sigh ...).

This mini extension allows you to replace the two original paladins with two pairs of new paladins. Leave the original Paladin in the box and place the elf and dwarf pair on the tent at the start of each year. The first person to cross the paladin line on the evilometer will get the elf. If another player crosses the line, the less evil of the two will get the elf, and the other will get the more difficult dwarf.

The elf is only worth 4 points at the end of the game while the dwarf is worth 6.