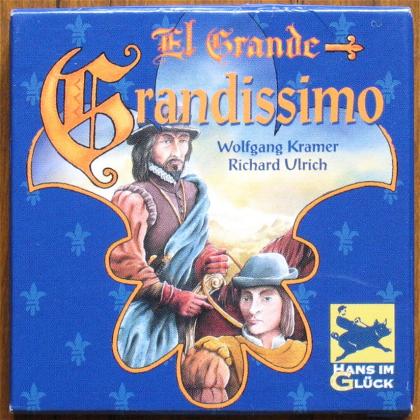 This is an expansion for the El Grande base-game. It has been distributed by Rio Grande and Hans im Glück free of charge. The package is a small deck of action cards which are used to augment the five basic actions, similar to the Grand Inquisitor & Colonies expansion. The new action piles, the Queen and the Jester, are generally considered a little much for game balance.

This is bundled into the 10th Anniversary Edition (Decennial) of El Grande.