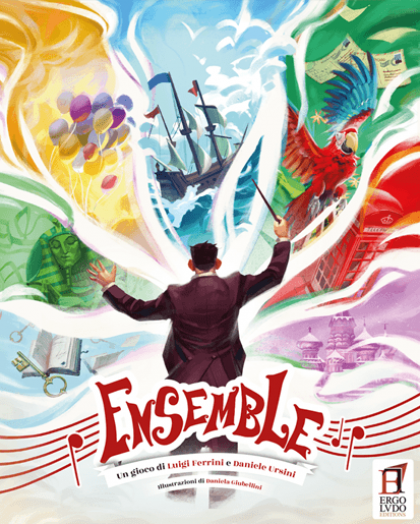 In the co-operative game Ensemble, all players must vote &mdash; without communicating &mdash; on one of the cards on display that they think best matches a card in the middle of the table. Communication is allowed only once all the players' votes have been revealed, and if all players have voted the same way (with a small, variable tolerance depending on the number of players), the group moves on to the next level. Otherwise, they lose a life.&#10;&#10;The goal of the game is to win level 9 &mdash; and once the game is won for the first time, the first scenario deck (of three) is unlocked, with new rules and cards being available for future games.&#10;&#10;