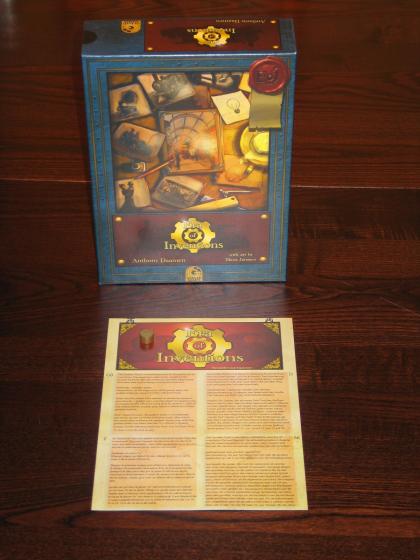 Era Of Inventions: The Golden Goal

The Golden Goal is a small expansion for the game Era of Inventions. The expansion adds some wealth to the success of those who are ambitious, but also helps those who have bad luck in being a successful inventor!

Materials: a golden token
Preperation: at the beginning of the game, place the golden token on square 5 of the influence track

Rules: the first player who reaches or passes by square 5 gets directly 1 golden coin, and the player (or players) who are lowest on the influence track directly receive 1 cube of free choice (white, purple, grey, black or blank) out of the general reserve.

source: from the rulebook