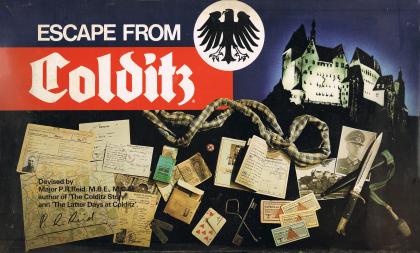 One player takes the part of the German Guards, whilst the others play "Escape Officers" who are responsible for organizing escape attempts by their team of prisoners. Generally, the winner will be the Escape Officer who achieves the most successful escapes; but it might be the German Forces, if they are able to limit the number of escapes.

The game has been reedited in 2006 by Devir in Spain, with a totally new graphic design and a rewritten rulebook based in the original edition by Gibsons Games . This new edition has been supervised and approved by the original designer, Brian Degas.