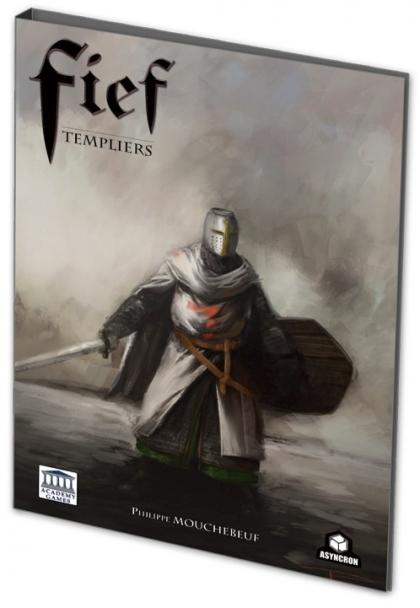 Fief: France 1429 is a game of dynastic ambition, where players assume the roles of nobles in the 15th century Kingdom of France.

Templars is an expansion of the game Fief: France 1429 that includes new cards, counters and a Templar board.

A lord can become Templar and build commanderies (headquarters) or raise troops in villages, but he needs to pay attention to not threaten the King's dominance.