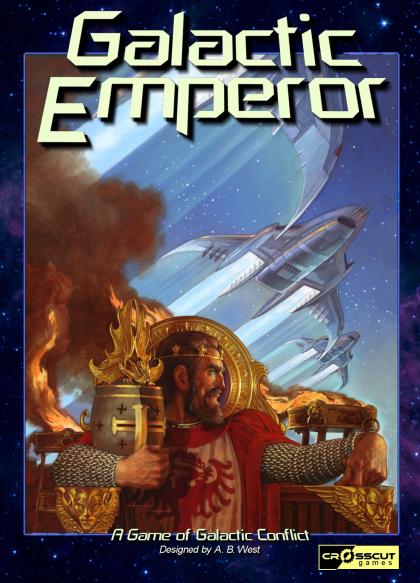 Galactic Emperor is a fast paced empire-building game of exploration, conflict, and struggle for dominance. The last Galactic Emperor has met with a sudden and quite fatal accident. Now there is a power vacuum in the galaxy, and you’re one of the Planetary Dukes who wants to fill it. Each player controls a space sector with a home planet, and for a time, shares the power of the galactic throne. During the fight for control, the central Omega Sun is heading toward collapse… a cataclysm that will only accelerate the chaos!

The game plays over several rounds, and within each round, the roles players choose determine what happens next. There are 7 different types of roles: Explorer, Steward, Merchant, Engineer, Warlord, Regent, and Scientist. All players get a turn to act during each role. Players discover planets, gain resources, build ships, and attack space fleets in a desperate effort to grind foes into cosmic dust!

The player with the most victory points at the end of the game wins, becoming the ultimate Galactic Emperor!

Board and rules
1 Full Color Galaxy Board
1 Rule Booklet