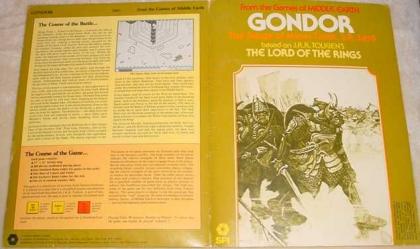 Based on the siege of Minas Tirith along with the battle outside the city gate as depicted in J.R.R. Tolkien's novel The Lord of the Rings.

Part of the SPI Middle Earth trilogy along with War of the Ring and Sauron.

Also published in Poland in 1984 under the "Bitwa na Polach Pellenoru" ("Batlle at Pellenor Fields") as probably first wargame in polish language. There were two editions with diffent covers.