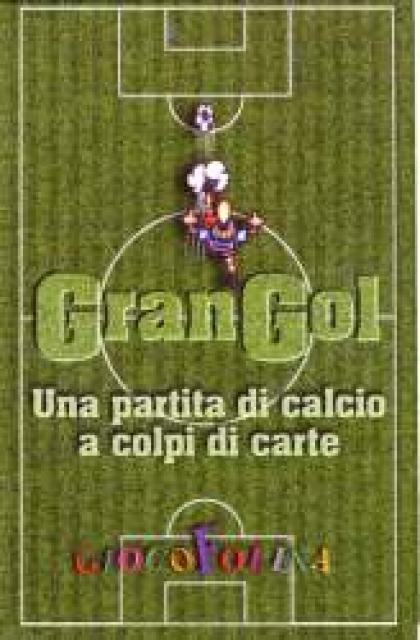 OBJECT OF THE GAME
Grangol is a simulation of a football match between two teams. The ultimate goal here as in any football match is to score more goals than your opponent!
Actions alternate between players.First they attack and then defend using cards.
PLAYING THE GAME
The player draws a card and gets ready to play a card.
In each turn you draw one more card and play one card unless specified otherwise in the text of the card played.
The first player is the attacker.If he loses the ball do to a card played by the defender he is in turn defending.
There are 5 "Field" cards which represent the playing field in sections (2 areas, 2 three-quarter, 1 midfield). When one player makes a successful action (both attack and defense), this section turns the field immediately in front of her with
arrows in his favor, to indicate that this is now in that section of the field.
DURATION OF THE GAME
The game is divided into two parts, each time ends as soon as you turn the "recovery" card or when a deck is depleted
Between the first and the second Half cautions and dismissals will be reset.