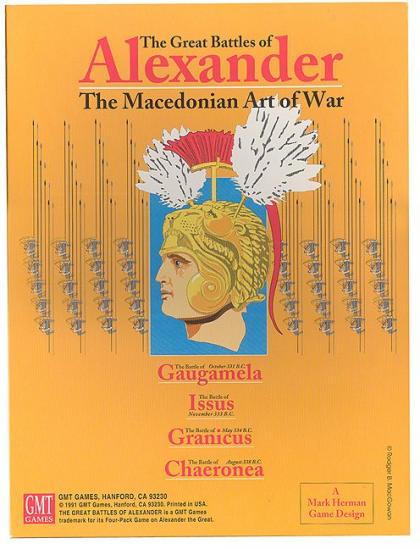 The Great Battles of Alexander

The game mechanics use a combat system that emphasizes weapon/armor superiority and maneuverability over quantity. The battles can be fought separately or combined into a campaign version.