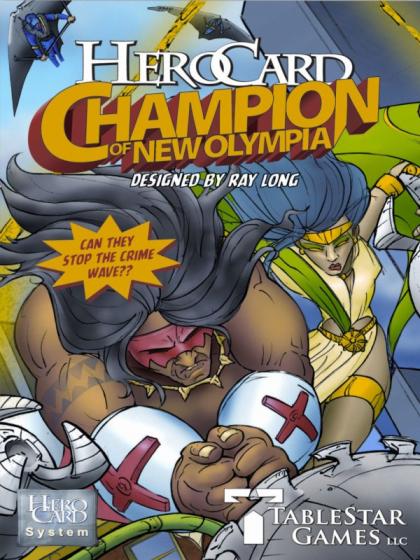 The Mayor of New Olympia has just sent out an urgent message to heroes around the globe:

“New Olympia is in dire straits! Villainous gangs wreaking havoc on the citizens! Robotic Invaders destroying the fair city! We need a Hero to discover their plots, foil their plans, and restore order! Be the first and you will be awarded the title- "Champion of New Olympia"!”

Champion of New Olympia is a two player HeroCard game that can be expanded to a three or four player game with additional decks.