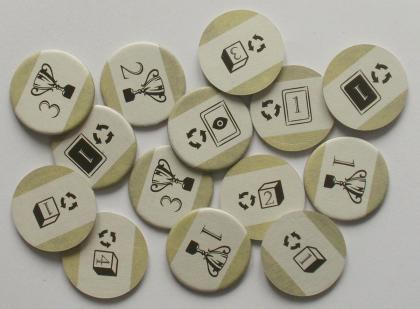 Includes 14 tiles which allow the civilization to speed up its growth, but they work only for a short period.

This expansion will never be available in retail, it will be available only by Kickstarting the project. Backers received a little baggie separate from the game box, with the tiles and instruction sheet.

The instructions gave the names as follows: