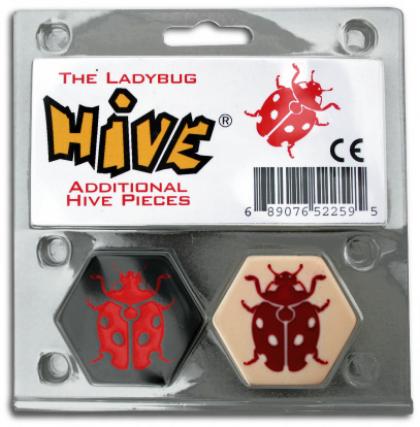 The Ladybug was first introduced to the iPhone version of Hive in 2010. It is included in the "Carbon" and "Pocket" versions of Hive, and has been released as an expansion for the original Bakelite edition of the Hive base game.

The expansion consists of two game pieces (one each for the black and for the white player), to be used in addition to the pieces of the base game.