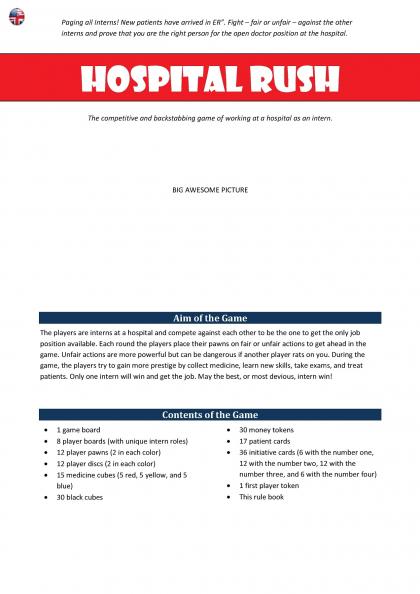 Paging all interns! New patients have arrived in the ER, and you want to fight — whether fairly or not – against the other interns to prove that you're the right person for the open doctor position at the hospital.

In Hospital Rush, the player interns compete against one another to be the first with ten prestige points. Each round, players place two pawns on various fair and unfair actions, with unfair actions possibly being punished later by other players. During the game, the players collect medicine, learn new skills, take exams, and treat patients. May the best (or most devious) intern win!