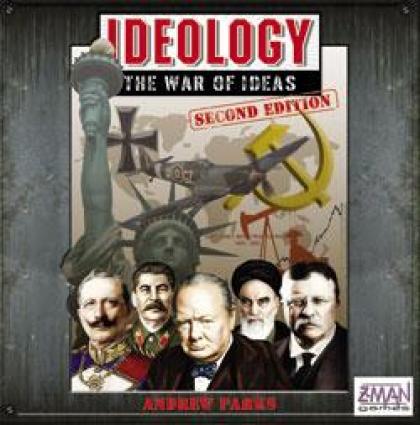 Ideology: The War of Ideas

Ideology is a 2-5 player game where each player symbolizes one of the 20th Century's most powerful Ideologies -- Capitalism, Islamic Fundamentalism, Imperialism, Communism, or Fascism. Starting with one global region completely under its sway, each Ideology attempts to influence and control the independent regions of the earth.

Each Ideology will use economic, cultural, and military influence to bring countries under control. If a player has influence in a country in which you have influence, you can both engage in economic, cultural, and military conflict (depending on your diplomatic stance toward each other) to knock out your opponent's influence. You can also purchase Advancements like Propaganda, Tactics, etc. to make it harder for an opponent to conflict you or to make it easier for you to influence a country.

The goal is to posses a Global Influence of 12 or more.

Voti e commenti per Ideology: The War of Ideas