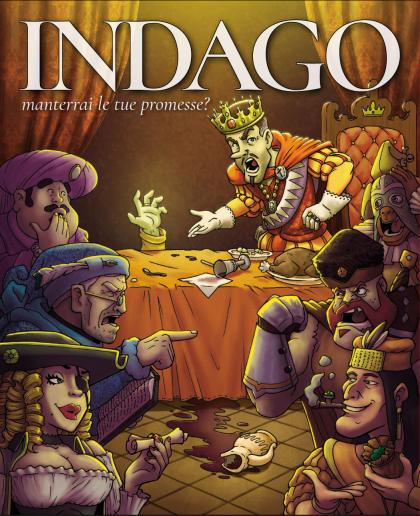 A game of investigation in the Middle Ages. In an ancient kingdom where the vice-king has been murdered and the king asked to his faithful (are they?) dignitary to solve the mistery and find the guilty.&#10;Every single player (from 4 to 6) will trade for clues with the other deciding who is loyal and who is not. For every correct guess, they will gain clues, but betrayals are behind the corner.&#10;Will you be smarter than the other player, charming them to give you the correct cards and fooling them giving the wrong ones?&#10;20 to 60 minutes to discover it! And remember, if you will collect the less amount of clues you will be condamned as a murderer: shame on you!&#10;&#10;