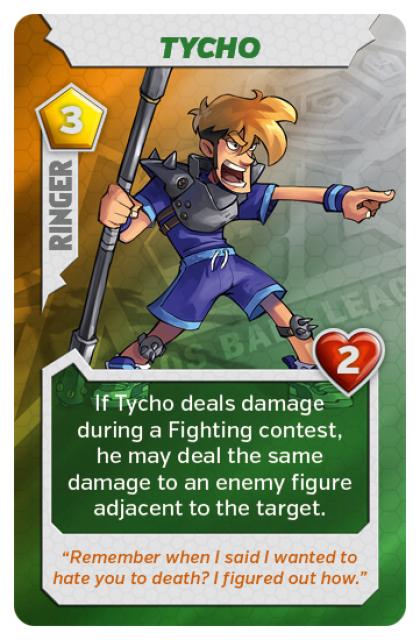 The team over at Penny Arcade were cool enough to let Gabe and Tycho play Kaosball.

Tycho has the following ability:
If Tycho deals damage during a fighting contest, he may deal the same damage to an enemy target adjacent to the target.

Tycho is a Kickstarter and convention exclusive Ringer.