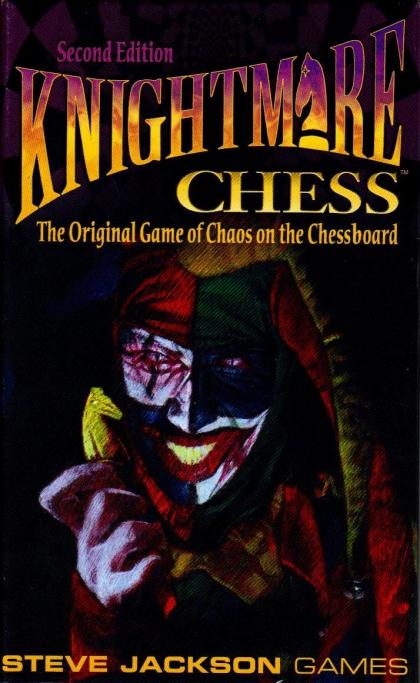 Knightmare Chess adds a whole new element of unpredictability to the static game of standard Chess by giving players cards that they can play before, after, or sometimes instead of their turns. Some cards affect only a single move, while others change the entire game. Each card is assigned a point value, so you can build custom decks based on an agreed point total or handicap the match so that the better player has fewer powerful cards. Multiple variants are included in the rules.