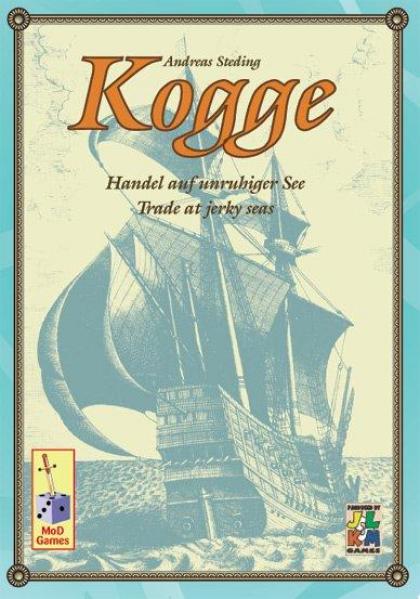 In the old days - not as good as usually reported - many dangers awaited a merchant. In addition to thieves, malcontented customers and too high tolls, trade routes weren't as secure as they are today. Storms, pirates, war, malevolent officials, silted-up harbors and other disasters afflicted the trade routes.

And so it could happen that cities which yesterday were only a few days away now lay at opposite corners of the known world. Precisely these problems are depicted in the game of Kogge.

Kogge is a game for two to four players. Across the web of trade routes, the players try to trade goods and to establish trade houses.

The ever-changing routes between cities don't make life easier for the merchants playing their trade on the Baltic Sea.